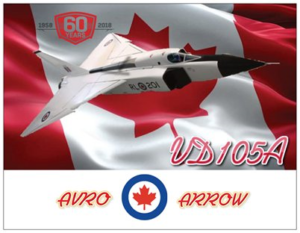 A little information on Nobel Ontario and The Avro Arrow
Nobel is of historical interest to Canadians because it was home of the Orenda Engines testing facility, where the Orenda Iroquois turbojet engine was being developed. This engine was slated to power the ill-fated Avro Arrow until the project was cancelled by the Diefenbaker government.